The causes and treatment of psoriasis 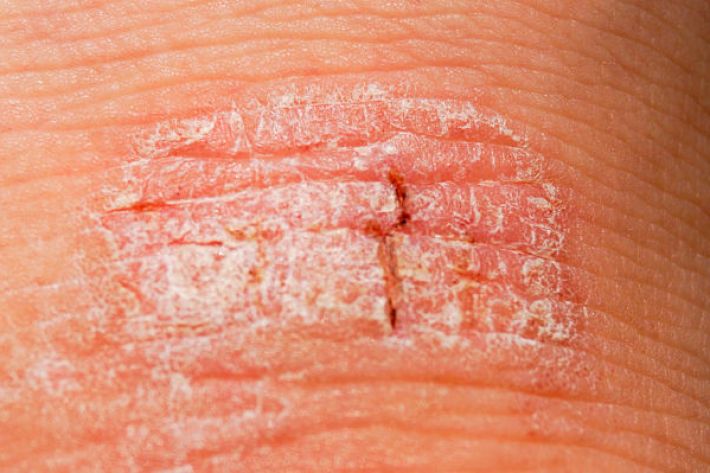 Psoriasis is a life-long immune disorder which affects about 2% of people in the UK.  Being “systemic “ it comes from the inside out and is therefore not contagious.  The condition affects men and women equally and is caused when skin cells are replaced more quickly than usual – typically within 3 to 7 days instead of 3 to 4 weeks.

What can cause psoriasis?

Is there anything I can do to lessen the chance of flare ups?

Yes indeed, obviously avoid the common causes of psoriasis above but also

What are the signs and symptoms of psoriasis?

Usually developing on the knees, elbows, scalp or lower back,  the most common form of psoriasis begins as small red skin lesions which increase in size and form a silver-white scale. These can be sore and itchy and can get thicker in size.

Typically an outbreak of psoriasis will last for a few weeks or months and then calm down or disappear. At this point you are considered to be in “remission” - a state which can last months or years.

Is there more than one form of psoriasis?

Most people only have one form of psoriasis at a time.

Most people will need help to keep the condition under control. According to its type and severity your GP will usually treat your psoriasis through a combination of creams and lotions; medication and occasionally treatment with ultra violet light (phototherapy)

If these treatments don’t seem to be having any positive affect you will be referred to a dermatologist who is likely to use prescribed systemic treatments which work on the whole body.

You may find it useful to check out the Psoriasis Association Website which includes the ability to join in forums where people discuss their experience of psoriasis.

I hope this has been helpful.  If you have seen any signs of psoriasis on your body or on any family members please do get in touch with your GP.